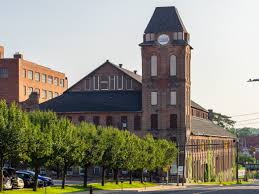 1.”Christmas Party”- In this episode it was kinda crazy. There was a 20 dollar limit which Michael does not follow gets Ryan a 400 dollar iPad. Jim is excited to give Pam a teapot full of stuff inside.Eventually Michael gets his but only an oven mitt. Michael gets upset and starts a White Elephant gift exchange.

2.”A Benihana Christmas”- Throughout this episode you see Andy trying to cheer up Michael after a breakup. You see Pam and Karen teaming up and creating a second party rivaling against Angela. Most people went to Pam and Karen but at the end decided to have truths formed one big party together

3.”Classy Christmas”- Holly is back in this one and Michael wants to impress her by throwing a amazing Christmas party. Our main circus though was mostly on Dwight who was constantly throwing snowballs at Jim. At the end of the episode Jim is paranoid and there’s a bunch of snowmen in the parking lot which Jim attacks.

4.”Secret Santa”- In this Christmas episode you see Michael acting like a baby most of the episode. He gets upset when Jim lets Phyllis dress up as Santa. Michael gets jealous and dresses up as Santa and actually tries to get people to sit on his lap. It’s not exactly the most positive episode of the series but at the end when Andy gives Erin her gift it helps a little bit.

5.”Dwights Christmas”- This is the probably the only Christmas episode after Michael left that I like. But Dwight goes all out and does Pennsylvania Dutch Christmas tradition. Dwight dresses up as the Belsnickel. Dwights ends up slapping Oscar and hitting Jim with sticks.