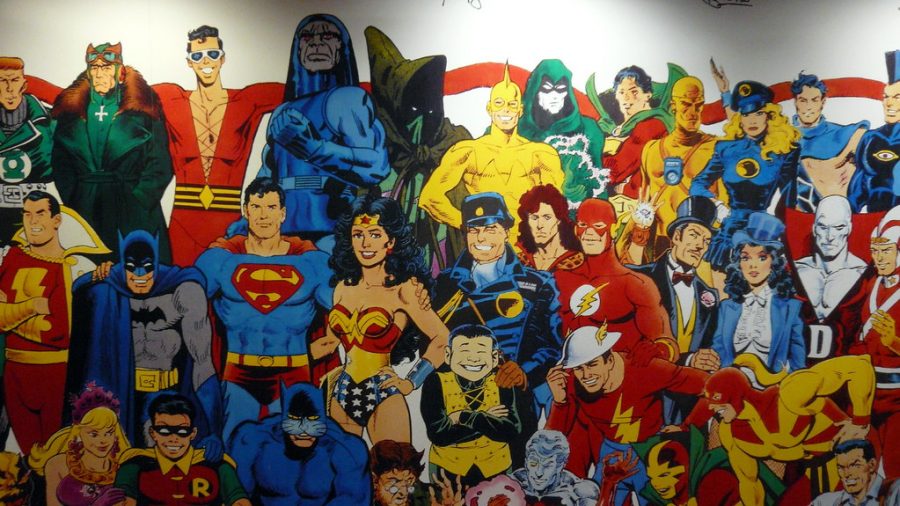 During quarantine days can be boring, and you will want to start something new. So how about superheroes? This is a guide to start DC Comics.

If you want to begin with DC Comics you can start with the new or older comics. A good starting point for DC is at DC’s New 52 or Rebirth. New 52 is the newest reboot in DC Comics, but I recommend skipping it and starting reading at Rebirth. Rebirth has lots of series with fan favorite heroes such as Batman, The Flash, and the Teen Titans.You can basically pick your favorite heroes and start reading. I recommend reading Superman (2016) by Tomasi. It’s about Superman fighting evil like usual and being a mentor and father to his son.

New 52 and Rebirth are both good starting points because they both introduce the characters to the reader well. If you want to start off with the New 52 you have to know the basic idea of Flashpoint and that these are entirely new versions of the heroes people love. Also, everyone is ten years younger. One of the New 52 series I loved to read is Batman, written by Scott Snyder. It has amazing story arcs and great character development.

If you want to start Rebirth I would recommend buying DC Universe: Rebirth Deluxe Edition. This book has the return of a fan favorite character the original Wally West aka Kid Flash then later the Flash.

But before reading this Deluxe Edition which includes tons of extra features I would recommend reading Titans Hunt, Superman: Lois and Clark, and Superman: The Final Days of Superman. Titans Hunt is about the original Teen Titans unite together unexpectedly because they seem they can’t remember their time when they were Teen Titans.

With TV shows and movies you can watch most of them without background knowledge. Many fans watch the CW’s shows, which started with Arrow ending this year  The CW also includes shows The Flash, Supergirl, DC’s Legends of Tomorrow, Black Lighting and more.