The Warrior Messenger • May 29, 2019 • https://thewarriormessenger.com/7683/uncategorized/the-march-star-students-sparkle/ 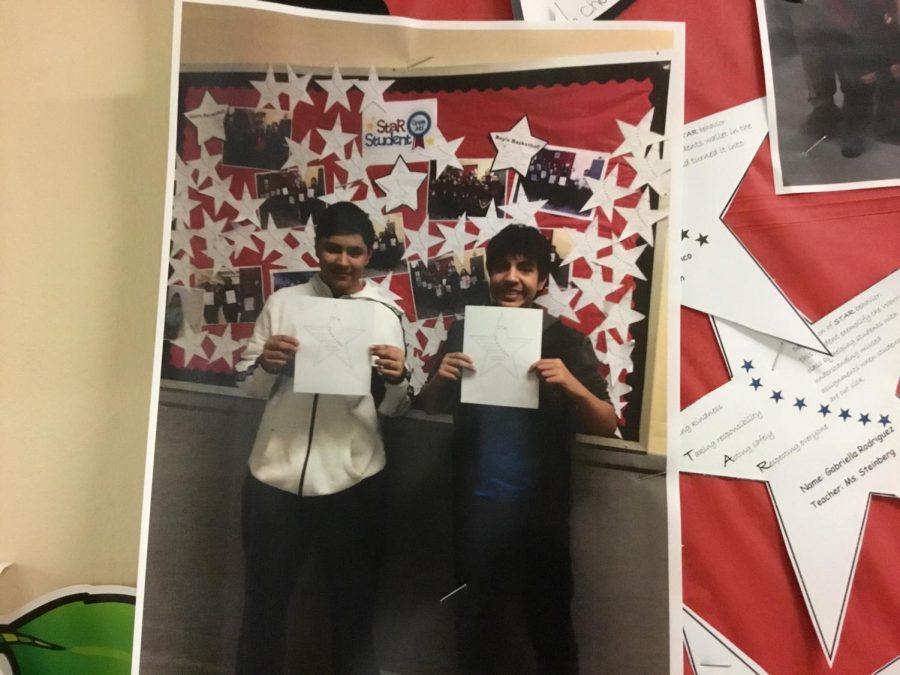 The March STAR Students showed The Warrior Way to achieve the name of STAR Student of the month by being kind and respectful to their peers.

Seventh grader, Matthew Uffre was nominated for STAR Student for March by always being kind to his teachers and peers. Uffre said that “Kindness makes people respect you, and then they will respect you back.” He explained that kindness can change how people treat each other. Uffre said “I wanted to be nice how my friend was nice to me.”

Khadiajah Shivers, seventh grader at Woodbridge Middle, helped another student find their lost phone. Shivers stated that she helped her friend find their phone because it was her friend and “they helped me find something I lost”.

Eighth graders Davin Marte, Alex Eleuterio, and Daniel Bautista achieved the name STAR Students by helping out in the Smash Away Cancer event. Marte said that “we helped out for a good cause”. Bautista added “and to raise money for kids with cancer”. Eleuterio stated that this was the “most creative and interesting way to raise money”. Marte and Bautista also helped out because they personally know people with cancer.

Anthony Velardo, an eighth grader at WMS, accepted all the changes that happened at the NJHS Ceremony, where he had to introduce high schoolers, but one person didn’t show up for the introduction. He said, “I wanted to go up there and contribute my part.”