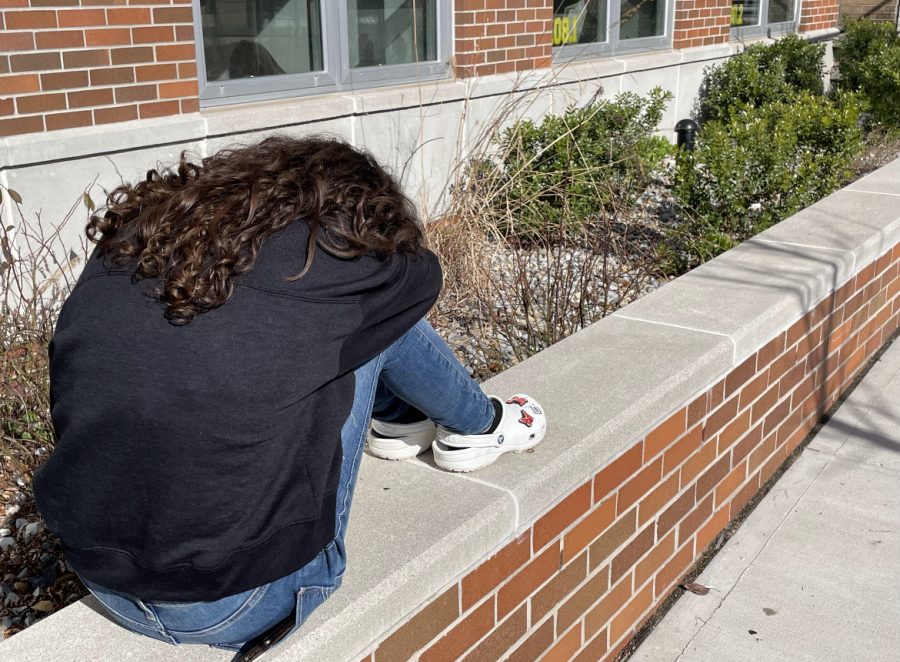 THERE IS NOTHING TO FEAR BUT FEAR IT'S SELF: WMS student balled up in fear.

Imagine seeing a picture of spiders, the feeling of them crawling on to you with their eight long hairy legs and having a bad anxiety attack; the feeling of being overwhelmed.

That feeling is you having a phobia.

Phobias are an extreme or irrational fear of or aversion to something. For example, I have phobias about spiders and the dark, but mostly the things in the dark. A spider phobia would be called Arachnophobia and a fear of the dark would be Nyctophobia.

At WMS, the students and teachers that I interviewed all have a phobia, but one. The most common phobia at WMS is the fear of heights, in other words, Acrophobia. After Acrophobia we have Trypophobia which is the fear of holes; feel free to search them up, but I wouldn’t. Warning, it looks disgusting, well, for me.  People have phobias maybe because of a traumatic event, and other people at WMS have it just because or they saw a picture.

For example, Destiny Colon, a WMS 7th grader, has Thalassophobia(ocean/deep water)  .  The reason why is, Colon said “because I can’t swim.”  Some people develop phobias because they never learned to do the activity.

On the other hand, some people are averse to images that make them feel confused or scared,  Anjele Alston, 7th grader, has Trypophobia, which is a fear of small holes. Alston said, “I got it because I saw a picture of it.”

Some people don’t even remember how they acquired the phobia.  For example, Simon Monsanto has Acrophobia(heights). Monsanto said he has had the phobia “since [he] was little.”.

Alex Grabon, a WMS 8th grader, has Acrophobia, Glossophobia, Athazagoraphobi (heights, public speaking, being forgotten) Grabon said, “I have these phobias because I’m an introvert and extrovert.”

For a lot of people it’s like you can feel your phobia, for example Julianne McSorley, a 7th grade student, has Trypophobia(fear of holes) McSorley said, “It feels like a bunch of little eyes are watching you, and it makes me feel itchy.”

Phobias are hard to get rid of, but there are always ways to get rid of them. Out of all the people I interviewed, only one person got over their phobia.  Mandeep Kaur, an 8th grader of WMS, got over her phobia because the class she took had a lot of public speaking, so it helped her get over it.

Other ways to get rid of phobias are, for specific phobias, one of the best ways are psychotherapy called exposure therapy.  Exposure therapy is  a psychological treatment that was developed to help people confront their fears. Try and not avoid it(that doesn’t include phobias like death and things like that)

Phobias are difficult to get over, but with enough hard work it will soon pass.  For more information you could always search up   https://www.medicalnewstoday.com/articles/249347