New Jersey governor eliminates the mask mandate that has been in place since 2020. 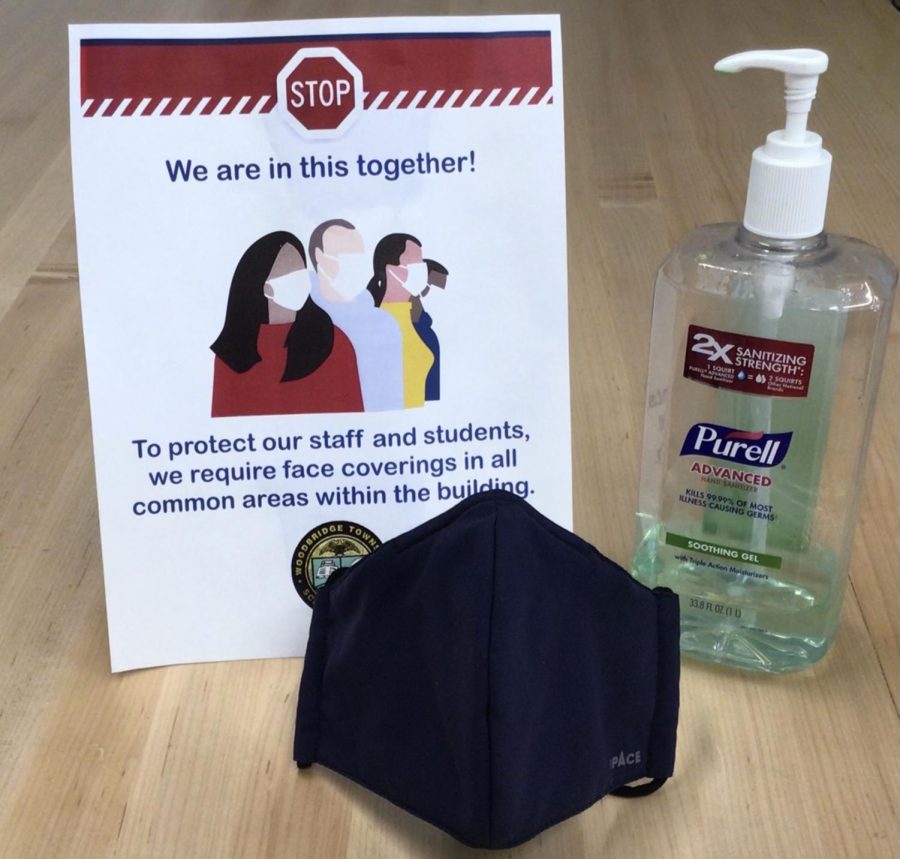 SAYING GOODBYE TO THREE CONSTANTS: Students at WMS have grown accustomed to a certain mandatory way of life that they no longer have to follow.

On March 7th, 2022, Woodbridge Township schools lifted the mask mandate. This gave students and staff only 1 month to mentally prepare themselves to transition back. WMS students, staff, and administrators are adjusting to the change.

Most students and staff found out about the mask mandate being lifted from either a news source or a friend. Mr. Van, the eighth grade honors math teacher, said that he feels “pretty safe” about it because of consistently low cases. He also said he would put the mask back on if he ever felt unsafe.

Dr. Crowe, the WMS principal, said that it felt “appropriate” given the way things are going and that he would listen to those in charge because they know what they are saying.

Mrs. Liastro, an eighth-grade World History teacher at WMS, said that she was “excited at the possibility of being able to see [her] students’ full faces and really connect with them on a deeper and closer level.”

Dominic Nycz, an eighth-grader, thought it was “pretty cool” and was glad he would be able to take it off. Another eighth grader, Christopher Joy, said that “it won’t be as gross when I sneeze or cough.” He shared the same relief that Dominic had.

However, there were also some people who weren’t content with it right off the bat. Mr. Olvesen recently welcomed a newborn into his home, which made him feel “a little bit of fear.” Another student at WMS was not pleased at all, and preferred to keep the mandate and their own mask on.

Now, the question that posed in everyone’s mind was whether or not to take their masks off. Vice-principal Mr. Harris said that it was a “good time” for them to lift the mask mandate. He said that he likes that “we still have the option to wear our masks”, especially if cases spike.

Mr. Van said, “If I don’t feel comfortable, I’ll just put it back on again.”

However, Mr. Olvesen said that he was “trying to identify the science behind the decision,” he continued, “People were willing to sidestep what is right for what they want to do as an individual.”

Mr. Harris also added, “With spring approaching, students with allergies to pollen should consider wearing a mask. It will help reduce the amount of pollen that they breathe in.” All students and staff have their own reasons for keeping on or taking off their masks.

It’s been two years since the very first mask mandate. Could this all have ended earlier? Mr. Van said, “I can see both sides a little bit, but I think some people kind of got a little unreasonable on the side that they were saying ‘I don’t want to wear a mask because it infringes upon my liberties’, like I said, it’s more important to keep everybody safe, and to me that’s what got me frustrated.”

Another student at WMS said they believe that “it was impossible that everybody would listen, so it would’ve happened anyways.” This student said that it’s hard to control people, and that there wasn’t really a way to force everyone to listen, and that people will do what they want regardless.

Mr. Olvesen said he ‘imagines’ that it could have been over in 2 weeks if everybody had just listened to the CDC. He also said, “If we prioritized caring about others rather than caring about ourselves, I think we could’ve had a better shot.” He also said that “when people are told to do something they resist being told… because you know, in America, we’re supposed to be free. But in America we’re also supposed to help each other out.”

It’s too late to ever really know if years of mandates and disconnection could have been prevented. However, many of the people who were interviewed thought that Coronavius has reached the point where it can be treated as a common cold.

Students of all ages have spent years at home, completing school through a screen. This has a lot of effects on the social development of children. They may be behind in certain aspects, or forced to mentally develop in ways they normally wouldn’t.

Dr. Crowe said that there has definitely been a “significant change” in students prior to quarantine and after it. He also said he thinks that “students have a lot to learn about intersecting and group behaviors. Just some of the skills they would have learned in the later years of elementary school.”

By the same token, the mental health of students was also impacted. During January, Mr. Olvesen required students to write on a current event that interested them. 55% of the students chose a topic on mental health. He was taken aback by this and said that it hit home for him, seeing how “current social environments impacted them.” He also noticed that their ability to learn hasn’t changed, but the way they “regurgitate and respond” has been negatively affected.

Dominic Nycz concluded that he hasn’t changed much, and that it didn’t affect his mental health at all. However, another student said that it made them less social, caused them to hate crowds, and being at home for so long made them get nervous much easier.

Mr. Van echoed this sentiment and said, “I think that it [the quarantine] had a pretty big impact on a lot of people in a lot of ways, and some more than others. I think students are a little more reserved now, or something like that, or don’t always know how to react to certain situations.”