Is Mulan breaking the bank? 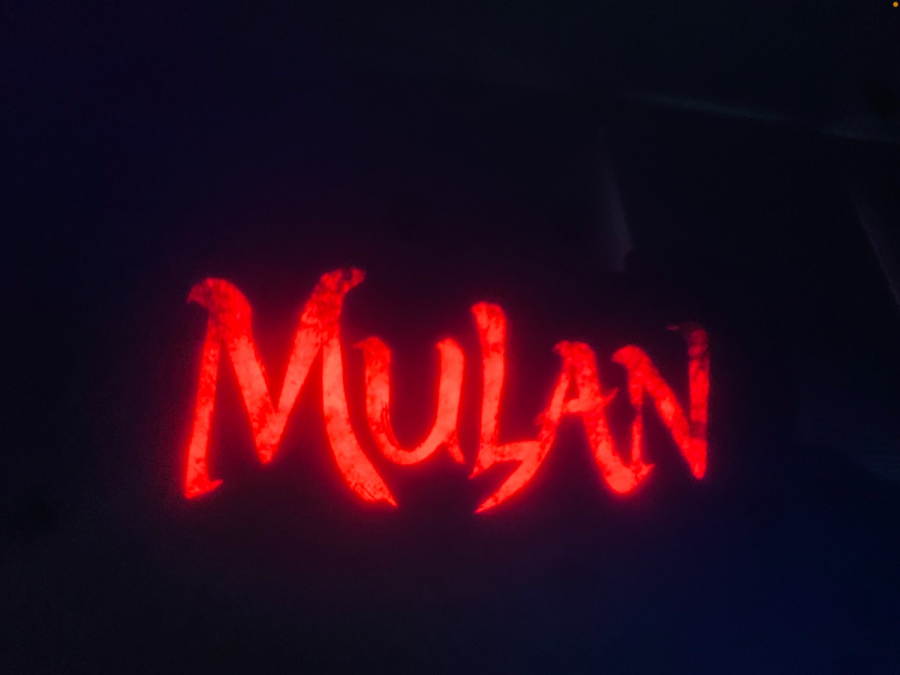 THIS MOVIE’S ON FIRE: Intro to the new live-action Mulan.

The Fall of 2020, started a brand new year of online learning. Currently, most schools are virtual and it can be challenging, hard to focus, and really stressful, but to help alleviate the stress of online learning why don’t you kick up your feet, grab a bowl of popcorn, and watch the new fall blockbuster Mulan. Now, some people may say this movie already came out in the 1900s. They officially released the live action version of Mulan on September 4,2020. As a huge fan of the original animated version of Mulan. Let me tell you what it was like.

Let’s first just review what this movie was about because the plot was a little different. We start off with Mulan as a child chasing a chicken. Her behavior is unique to other kids in the town. Her dad always protected her and she never was put in her place about her role in life.

Fast forward to when she’s a teen; her father tells her, no more fighting. She was to be matched by the matchmaker, thus dictating her life for her. We then see the familiar scene in the last movie where a man rides in on a horse and says a man from each family has to fight.

Of course we know Mulan runs away in the night to fight instead of her father who was injured from the last war. She gets to the army base and begins training where I, as a viewer, start to wonder…

Where in the world is Mushu, the funny dragon?

In this movie they left out Mushu! The director stated he left out Mushu because they didn’t feel that having a dragon as a funny guide was realistic to this movie. The new Mulan was solely based on her journey there, what she learned, and did.

I see it as a ‘girl power’ movie. She fights in the war and they discover her identity and then as we all know she saved the day and the war ended. They added a really sweet moment at the end where after almost eight years of fighting in the war, she went home to see her family and make things right.

So that was the plot of Mulan. It wasn’t bad, but some humor would do them some good, like the original.

Let’s take a look at the financial aspect of it. Disney spent around 200 million on creating the movie. The plans for Mulan started way back in 2010, but were ultimately put on hold for several years. As we all know, new Disney movies come out pretty often and when I thought about that I also thought about how they can handle the financial obligation that a movie like this carries. Well, as it turns out they make most of their money by putting the movie into theaters. They probably make at least 25 million by putting in theaters because the tickets alone are expensive and people, most of the time, bring their entire family.

Since Covid-19 hit the USA, most of our theaters are closed which meant Disney couldn’t put their movie into theaters. Now, this isn’t the biggest issue to us as the viewers but, to Disney that was a huge impact. Disney spent 200 million making this because they had to fly an entire cast to China to film. I’m sure the question taunting their head was ‘how will we make money if theaters were closed?’ That is where Disney+ the streaming app came to save the day, but… it failed.

You see, since Disney couldn’t use theaters they added it to Disney+. Now on top of having to have a subscription to Disney+ to watch it, you have to pay a fee of $30. When they did this, I’m sure they thought people would be so desperate to see this movie that they would pay for a subscription and the $30 fee. Wrong!

It’s something that I’ve never realized before. I assumed people would pay to see the movie anywhere. Wow, was I wrong. Movie-goers pay, not only for the movie, but for the experience of watching a movie in theaters. People spend, on average, probably around $30. This is only because when a movie first comes out tickets are astronomical compared to the prices on a regular day.  On opening days for movies the ticket can go up to almost to a total of $120.

It seems strange because if the viewers wanted to see Mulan, they would have paid the $30 fee and when people see that price it’s really expensive. When you really think about it,  it’s cheaper to pay the $30 fee rather than going to the movies. When you go to the movies most people buy popcorn, candy, drinks and a lot more food. This adds the extra cost to the tickets. If I’m really being honest I feel like going to the movies and a whole lot more fun than just watching the movie at home.

What Are People Saying About It?

“The movie wasn’t the same without Mushu in it.”- Andrea Pinto

This quote was stated by my sister Andrea and she loved Mushu. I agree with the quote 100% because without Mushu there was no funny aspect to it and I feel like with any sort of movie you need something with humor or the viewer will lose interest. So even if the director thought it was unrealistic, sometimes movies having unrealistic things is beneficial.

“I liked it personally because the actor Liu Yifei did all her own stunts which was extremely impressive since most actors in actions movies get stunt doubles.”-Leah Pinto

This is 100% true! The actor Liu Yifei who starred as Mulan did all her own stunts. Now this is impressive. Most actors get stunt doubles and they usually end going to the hospital right after. Especially with this movie, since there was no humor I felt as if they had to cover it up with more action. This meant Yifei had to do a lot more stunts. In this one scene they were fighting on a stick of bamboo so imagine doing karate and flips on a tightrope. That was what she was doing

“It wasn’t different from any other girl power hero movie. The same thing happens in every movie and when I heard the budget they had I expected something a little better.”- Daniel Pinto

I do agree with this now that it was brought to my attention. I recently just watched the new Wonder Woman and the live action Beauty and the Beast. You must be wondering what this has to do with it? If you think about each plot they are almost identical. The protagonist or the girl hero is different from the girls around her so she does something different whether it’s fighting or marrying a beast. It’s always something strange. Then the hero lives happily ever after.  Also, with their budget of 200 million I expected something somewhat better.

“I truly loved this movie because of the cast. This is the one of the first Disney movies that have a full Asian cast. They also included so much of China’s history and culture. It’s amazing how they can include so much of what we learn in history, but in a movie which is a really fun way to learn.

I want to touch on another point of this movie that I feel is important. I believe that Disney made this movie to reflect on our society. It’s also not just Mulan, it’s every movie where the girl is the protagonist. In all of these movies, the director focuses on how girls can be anything and not what society forces on them. This is where I think the issues in our society comes to play. These movies are made to focus on how women can be who they want, and that we shouldn’t focus on what society wants us to be.

I would like to bring back Mushu, so I would give this movie 4 out of 5 Mushu’s. This movie was good, I enjoyed it, but it wasn’t anything special. I definitely would recommend this movie to watch.